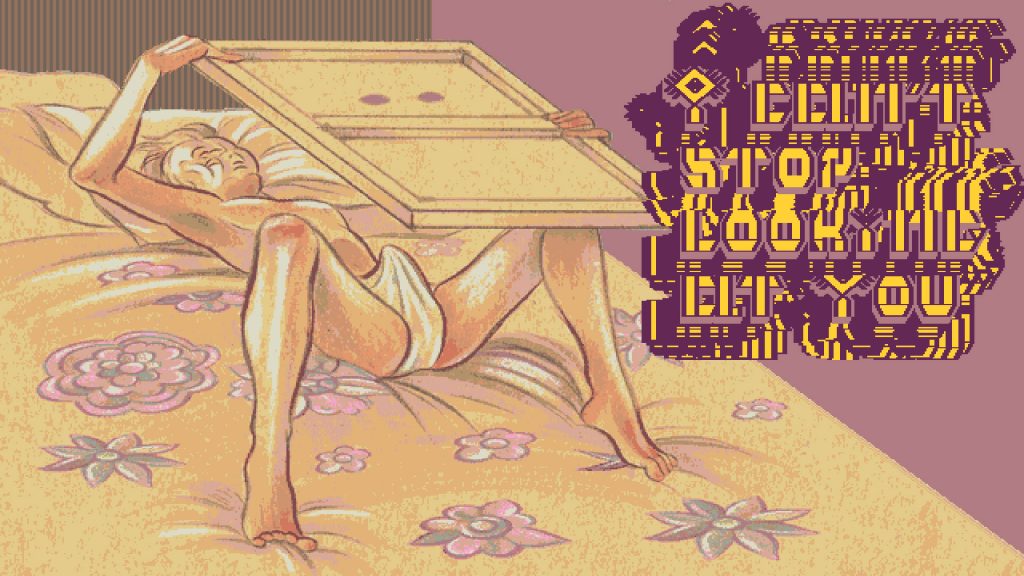 I Can’t Stop Looking at You

Synopsis: I will be stationed behind an Amiga computer, repurposing an antiquated animation program as a kind of Power Point software, to present a series of sequenced digital slides. The story takes place in the picture galleries of a public museum. A pubescent boy with a fetish for historical portraits with eyes that follow him from one end of the gallery to the other, contemplates a family tree of important masterpieces. 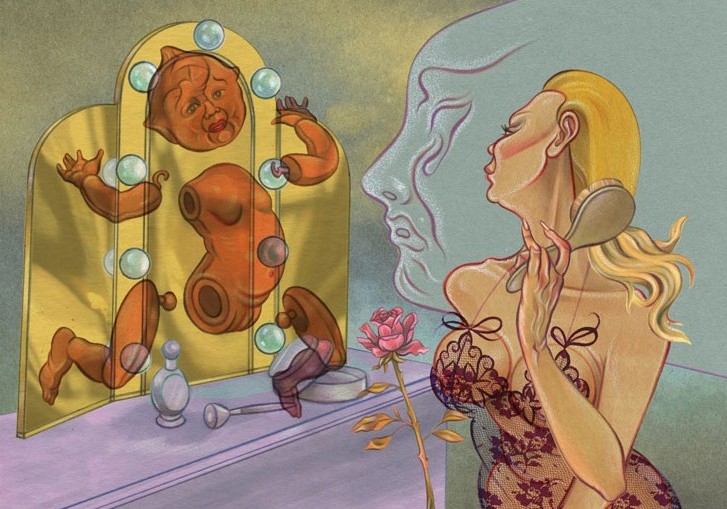 SYNOPSIS: The criminal from The Thief of Mirrors is a jewel thief wears the mask of a sad clown. The weeping expression of his mask is activated and delicately moderated by the criminal’s emotive eyes. The resulting facial expression is so powerfully evocative that it possesses supernatural powers. Mirrors, specifically, are so enamored by the thief’s expression that when he gazes into his reflection, the mirror etches itself permanently with his image. The narrative I have written introduces this character and follows him into the home of a rich couple. He cracks their safe, steals their jewels (and reflections) and speaks to the couple as they dream, coaching them deeper into their fantastic dreamscape of luxuries. When the female awakens in the morning, she notices the sad clown’s expression in her mirror, but mistakes its melancholic beauty for her own, and luxuriates in the complexity and profundity of her identity as an affluent person. 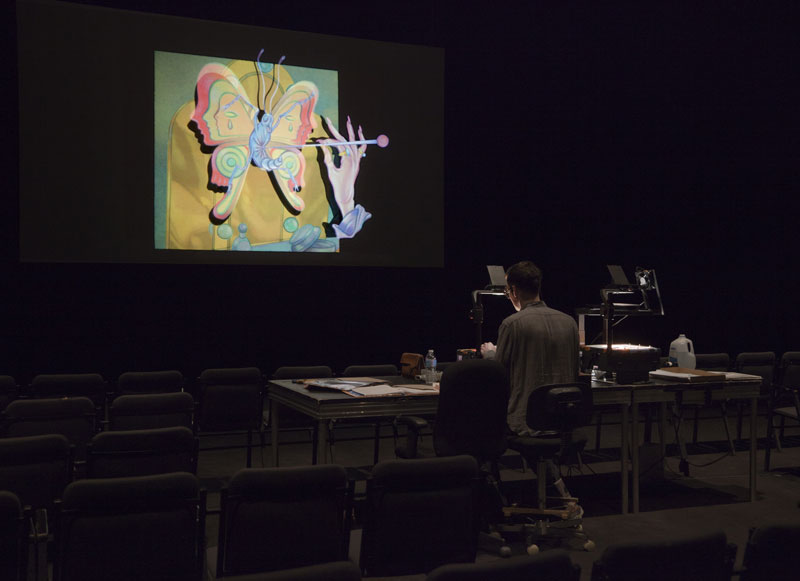 View of the performance by Daniel Barrow, The Thief of Mirrors, presented at the Musée d’art contemporain de Montréal on February 12, 19 and 26, and March 5, 2015 as part of the Projections series.
Photo: Richard-Max Tremblay 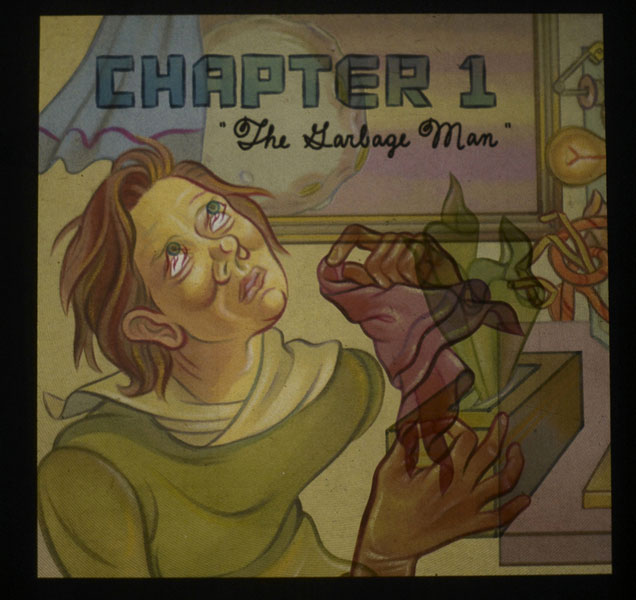 Every Time I See Your Picture I Cry

Format: (Overhead Animation/ Performance)
Directed, written, animated and performed by: Daniel Barrow
Music by: Amy Linton (The Aislers Set)
Running time: 50 minutes
Completion date: 2008-2010
Synopsis: “Daniel Barrow has developed an intimate mode of 'manual animation' using the antiquated technology of an overhead projector. From a position amongst the audience, he recites live narration while manipulating layers of transparencies. Accentuated by interference patterns and sleight-of-hand trickery, Barrow's hand-drawn images contrive an absorbing tale of comic book grotesques. Every Time I See Your Picture I Cry is a bizarre confessional detailing the grand but hopeless scheme of an estranged garbage collector and failed art student. Unloved and rejected by society, the protagonist begins a universal art project in the form of a telephone directory of 'profound and intimate insights' to chronicle the lives of those around him. As he snoops through the windows and waste bins of fellow citizens, his survey is rendered futile by a maniacal killer who follows in his wake, picking off subjects one by one. Invoking introspection, pathos and dark humour, this award-winning performance piece is accompanied by an unassuming Beach Boys-inflected score recorded by Amy Linton of The Aislers Set.” – Mark Webber, Curator for BFI’s London Film Festival. 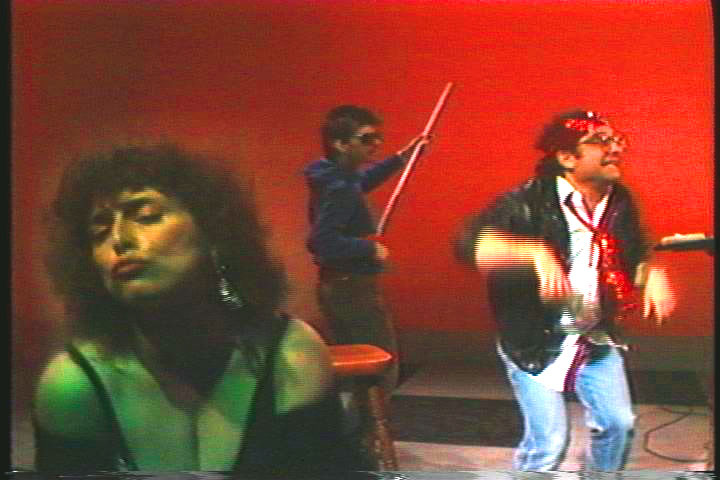 Format: (Overhead Animation/ Performance/Curatorial/Documentary)
Directed, written, and performed by: Daniel Barrow
Running time: 90 minutes
Completion date: 2005-2006
Synopsis: When SHAW cable purchased Winnipeg’s local cable station VPW, a rumour was circulated that SHAW had destroyed the public access television archives and were systematically dismantling the public access services. Shortly thereafter, Daniel Barrow began researching, compiling and archiving a history of independently produced television in Winnipeg, Manitoba. In the late '70s and throughout the 80s, Winnipeg experienced a "golden age" of public access television. Anyone with a creative dream, concept or politic would be endowed with airtime and professional production services. A precedent that went far beyond standard television formula was set in the late '70s when the infamous Winnipeg performance artist Glen Meadmore sat in front of a television camera and silently picked at his acne for 30 minutes each week in a program called The Goofers (later The Glen Meadmore Show.) Winnipeg Babysitter traces this and other unique vignettes from a brief synapse in broadcasting history when Winnipeg cable companies were mandated to provide public access as a condition of their broadcasting license. Because, the local public access archives were destroyed programs could only be found in the VHS collections of the original producers. In cases when these producers did not save their own work, Barrow had to rely on television collectors, fans and enthusiasts. In this regard, Winnipeg Babysitter is an archival project that restores a previously lost history. Daniel Barrow travels to each screening providing an overhead projected commentary/context, tracing the histories of public access television in Manitoba, and describing the various and outrageous biographies of each television producer and personality. 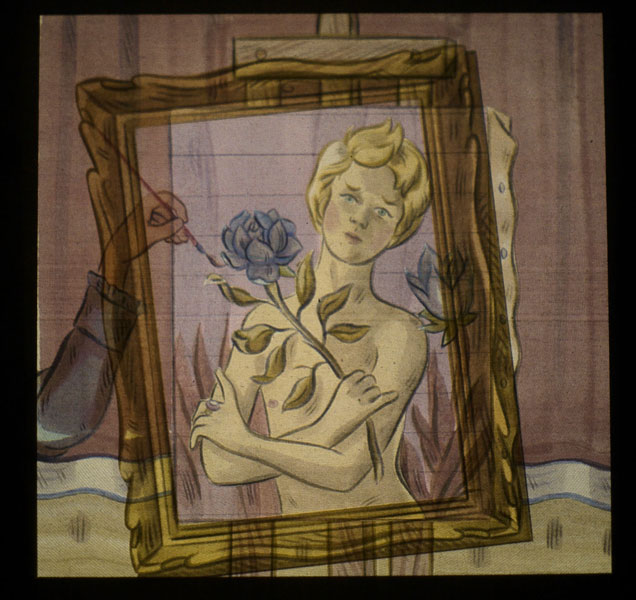 The Face of Everything

Format: (Overhead Animation/ Performance)
Directed, written, animated and performed by: Daniel Barrow
Music by: Matthew Adam Hart (The Russian Futurists)
Running time: 45 minutes
Completion date: 2002
Synopsis: The Face of Everything is a "manual animation" that tells a story based very loosely on the life experiences of some of Liberace's most notorious boyfriends. "Hillbilly" is a poor, dejected teenager, who travels to the "big city" (mid-1970s Las Vegas) to discover love, vision and identity in a much older, outrageously superficial nightclub entertainer. 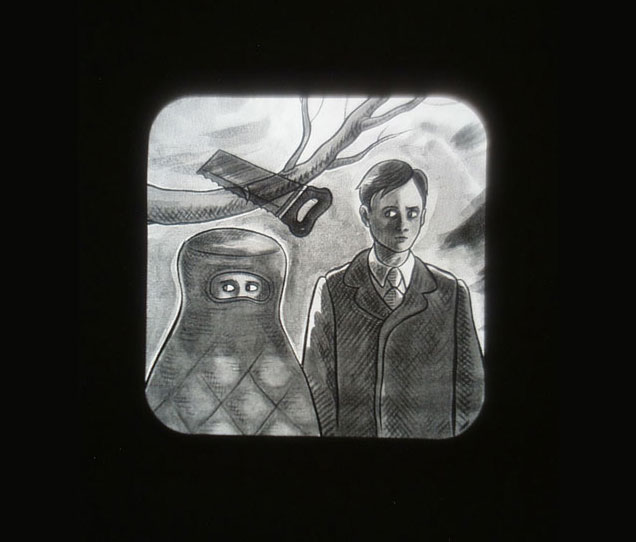 Looking for Love in the Hall of Mirrors

Synopsis: Daniel Barrow’s 2000 “manual animation” tells the story of a foppish man, of nebulous age, who leaves the farm and moves to the city (ostensibly Winnipeg) and begins a committed and confused pursuit of love, sex and artistic success. A local Winnipeg gay cruising park ("the hill") provides the setting and inspiration for his first exhibition of portraits.